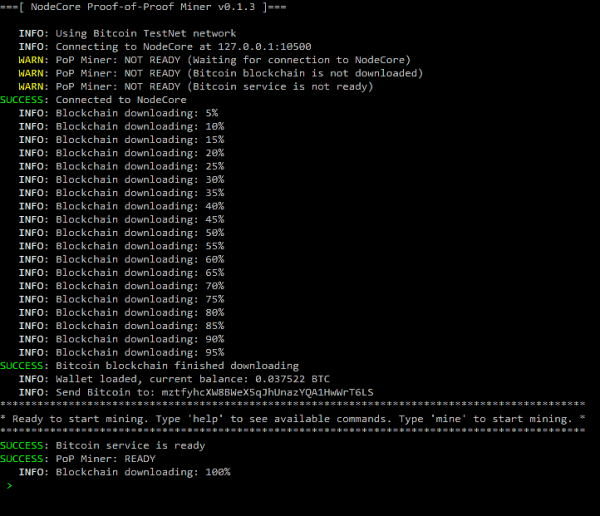 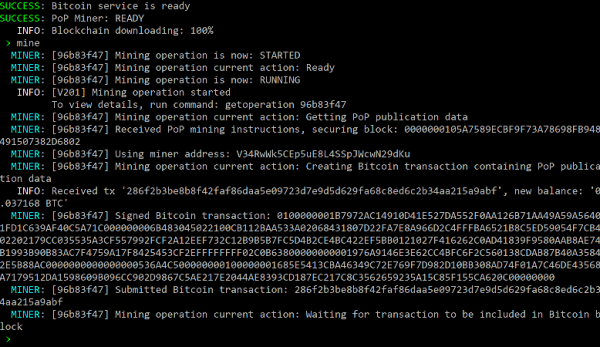 If you notice that your PoP miner is taking a long time to download Bitcoin blocks, or fails to completely sync, you can remove the wallet and nodecore-pop.dat files and start a 'fresh' PoP miner. Note, in doing this, you will lose any funds or transactions that are current pending, so it is best to routinely withdraw your balance and start fresh wallets if you plan to mine continuously for long periods of time. The frequency of which you will want to create new wallets will depend entirely on the number of transactions that you submit.